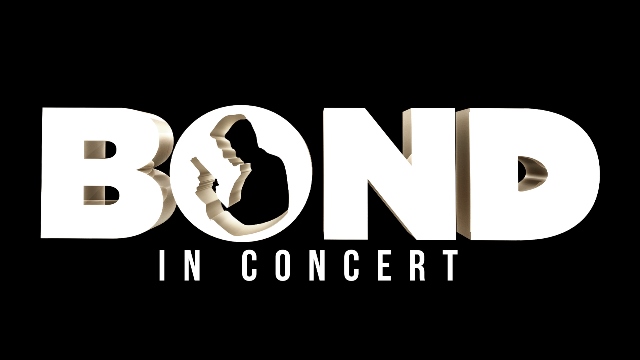 To commemorate the release of the 25th Bond film Entertainers proudly presents BOND IN CONCERT.

‘BOND IN CONCERT’ features the UK’s top international show band, SESSION ONE, and top guest vocalists in a celebration of the iconic music associated with the world’s most famous spy.

JAMES BOND has been saving the day for more than 50 years and the range of theme music written specially for every single blockbuster Bond film is familiar to audiences all over the world.

Starting with the universal ‘James Bond Theme’ composed by Monty Norman, the show then features all the 11 Bond themes composed by the brilliant UK composer John Barry between 1963 and 1987.

Artistes who have written and performed the title sequence have included Duran Duran, Shirley Bassey, Carly Simon, Tom Jones, Paul McCartney – and in 2013 Adele won the first Bond music Oscar for her stunning song, ‘Skyfall’…followed by Sam Smith in 2016 for his song ‘Writing’s On The Wall’.

‘BOND IN CONCERT’ will whisk audiences into a musical journey through the adventures of the world’s most popular, most famous, most enduring spy.  From ‘Dr No’ to ‘Spectre’

(This is a tribute show and is no way affiliated with any original artists/estates/management companies or similar shows.) The Tiger Who Came to Tea
The Town House, Hamilton
Order tickets The King is Back
The Town House, Hamilton
Order tickets One Night In Dublin
The Town House Hamilton
Order tickets A Vision of Elvis
The Town House, Hamilton
Order tickets